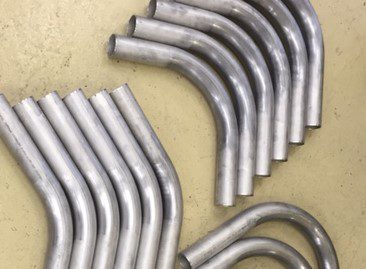 SL Engineering were approached by one of our customers, a leading European space industry player to undertake bending and verification trials for a critical space engine component. This was for a multi-angle bend in high integrity thin wall aluminium ducts with the final product needing to, not only meet tight tolerances, but pass a number of strict NDT and destructive test protocol to prove the process. Metallurgical soundness was key to prove the process for production. 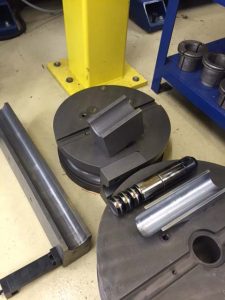 Initial trials to form the tube showed extensive material deformation, both around the back of bends and the internal sections.

Returning to the stock material, SL tried a redesign of the bend tooling to improve the process. This was a substantial improvement, but thinning around the back of the part was still significant. 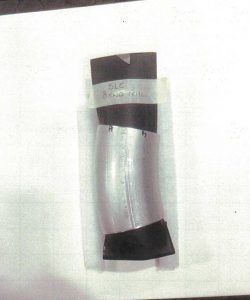 At this point, SL began to experiment with the speeds and feeds of the bend and the pressures applied to the tooling. Through this approach we were able to demonstrate that an optimum speed of bending could be achieved that would allow a rapid bend to be produced which limited the time for the material to slip and thin, without imparting so much stress that the part would break.

This took multiple trial operations to determine the bend process and verify the part integrity via extensive NDT and metallurgical testing.

By the end of the trials, SL Engineering had managed to devise a repeatable bending process capable of producing metallurgically sound thin wall aluminium pipes and ducts for this critical space rocket application.

Back to case studies